Lockdown those cycling and walkway ideas 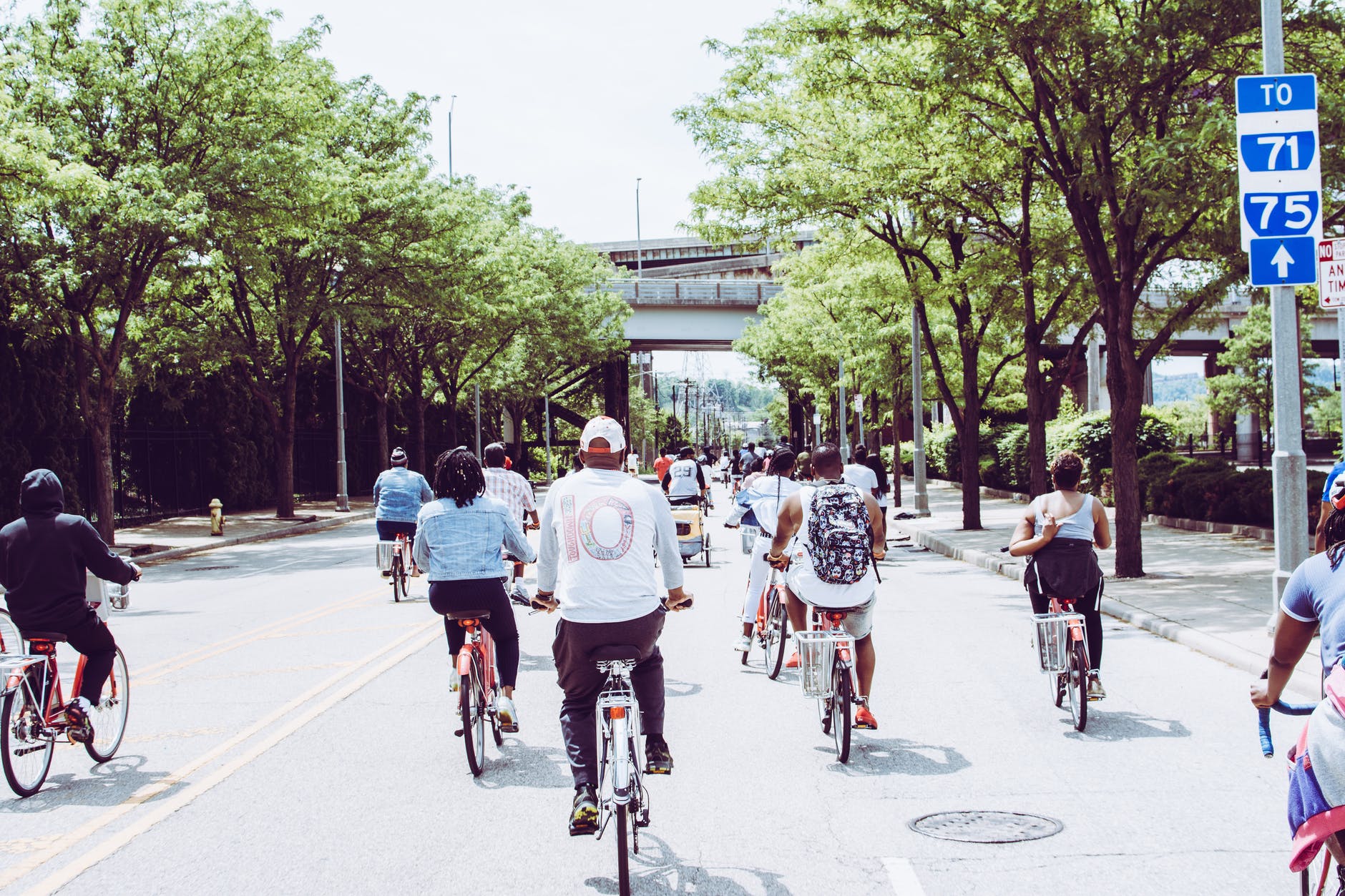 At last, this glorious England speaks. A week or so after the Scottish Parliament was among several nations to announce a plan and finance for cycle and walking infrastructure, the English government did so.

Or rather, the UK government announced a package. But was this bit just for England?

A £2bn plan to improve walk and cycleways was part of a £5bn package announced in February for improve cycle and buses.

It was made to look new when Andrew Gilligan, an adviser to the Government, trumpeted it on Saturday, as an update to the Traffic Management Act 2004.

Whether this is new money or not, a new emphasis or not, now is a great time to promote the idea of translating the cycling and walking we are doing in lockdown into a habit that helps us get to work.

However, it will take a huge amount of effort to persuade people to do that, even if councils such as Surrey County Council have declared a Climate Emergency.

In any case commuters don’t often live within walking, or cycling, distance of work. Witness the number of cars that, in normal circumstances, bedeck the roads around stations such as Merstham and Earlswood – outside paid-for car parks – and it is clear that people do not even think they can cycle or walk to the nearest rail station.

We can often call on “central Government” to take matters in hand, but Westminster seems behind the curve and impotent in some ways: The Scots, for example, might holler that they want independence, but show they have it in many ways already when they announced their £10million package to improve infrastructure before the UK government did so.

And they are still telling people to Stay At Home, not Stay Alert, during the Covid-19 crisis. So, while they hope to put the infrastructure in place, temporarily or permanently, to improve cycle and walkways, they are telling construction workers not to get back to work.

It is clear, then, that local authorities with ideas and plans in place will be looked upon more favourably to receive a slice of this “under own steam” transport network.

The announcement offered examples of what it would support:

The health benefits of doing what many of us have been doing – getting out walking and on our bicycles, and the benefits of exercise improving your health – was among Grant Schapps’ foreword. The Secretary of State for Transport said: “The government therefore expects local authorities to make significant changes to their road layouts to give more space to cyclists and pedestrians.”

In many ways, the announcement was the bringing forward of funding that would be earmarked for improvements anyway, allowing councils perhaps to experiment with temporary installations such as with cones. If they have the non-staying-at-home staff available.

Residents, at least, are seeing the opportunities – or the necessities, under social distancing – to change pavements or road layouts.

It’s clear that residents have ideas on how to improve their local area.

Posts on social media about parking by rail commuters on Church Road, next to the A23, or about the cycle lane on the Reigate Grammar School side of the A25 between Redhill and Reigate not being available to those on two wheels always provoke strong reaction.

And then there is the anomaly of an extra “parking spot” on Warwick Road, Redhill, which is supposed to be part of a cycle lane

So now is your chance. Tackle your local councillors about how they think towns and villages could be improved. Use the Climate Change Strategy target of reducing 60% of emissions by 2035 if you want. Don’t just sit back and put ideas forward on social media.

By all means make them on social media. But as a senior reporter once taught me, her question to people who came in with a complaint about the council or another body was “what are you doing about it?” The underlying message was, don’t just complain about it, address it with the body which can help.

So start a campaign. Come up with a list of ideas. Co-ordinate and see what you can achieve. Collective action is far more likely to get results.

Thereby you can help either of our local authorities – Reigate & Banstead Borough Council or Surrey County Council – to see that tackling the transport section of the climate emergency must not be seen as business as usual (climate strategy pitches aims against that measure).

But do it quickly. A plan will need to be put together quickly enough to gain a slice of the national pie.

The time for action has never been more readily defined than now.

While the sails of the boats are redundant in an enforced calm, let the winds of change blow.

Tags:climate changeCyclinginfrastructurelockdownpavementswalking
previousIs everything you want to remove a ‘weed’?
nextWhen students demand what to be taught, let’s listen