How hard is it to declare a climate emergency? 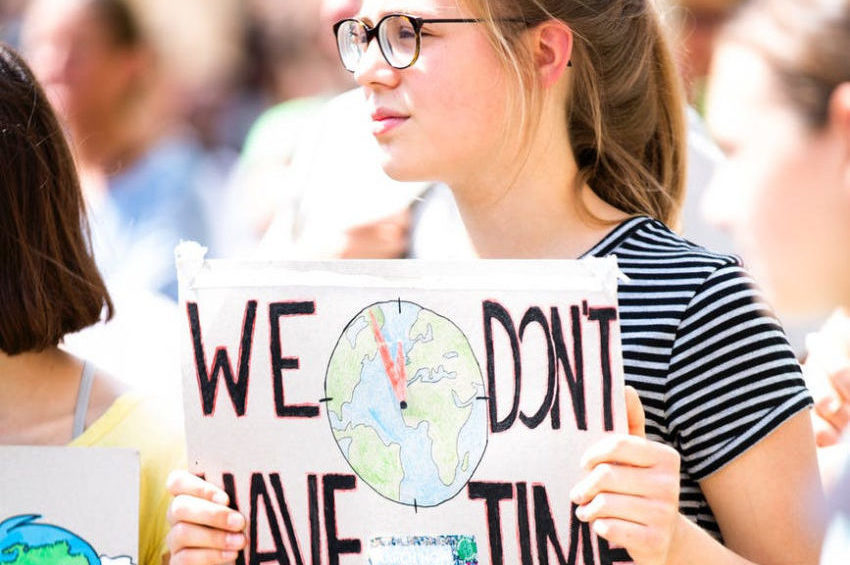 Just how difficult is it to declare a climate emergency? What does it mean? And if you don’t, is having a strategy to address carbon emissions good enough? Do you have to declare one to be effective?

The first local authority to declare one was in Australia at the back of 2016 and now 1,400 authorities in 28 countries have done so. This includes the United Kingdom as a whole last year. It was one of Theresa May’s last acts as Prime Minister.

Yesterday, a beer company called Brewdog appeared on TV news. It announced it was setting new standards for the brewing industry by declaring that carbon neutrality is no longer enough. The company was going carbon negative (this includes its supply chains).

Last night, The Day the Earth Stood Still was on television again. By the end of the film, Keanu Reeves, playing an alien, understood what he had discussed with John Cleese (a professor): at the precipice we change. Mankind, in that film, had been slow to understand that its actions were damaging the planet.

Meanwhile, our nearest and dearest at Reigate and Banstead Borough Council were happily confirming that the authority didn’t need to declare an actual climate emergency.

Nearly 70% of UK local councils have declared one  and some listings say that Reigate and Banstead have actually done so.

While Guildford, Woking, Elmbridge and Mole Valley have set target dates of becoming carbon neutral by 2030, Surrey County Council rejected that target and went for 2050.

In Reigate and Banstead’s case, an overview and scrutiny committee meeting discussed whether a motion put forward last year, asking for a Climate Emergency to be declared, had been properly addressed. This was done by “calling in” the environment sustainability executive decision (an environmental plan) made at the end of July.

While July’s meeting recognised the urgency of action to address climate issues, it stopped short of actually declaring a climate emergency. Discussion in the overview and scrutiny committee confirmed that the long list of actions set out in the plan  did not have targets such as 2030 or 2050 for cutting or reducing emissions, but would just be reviewed annually.

One councillor even suggested that the council did not need to declare an actual climate emergency yet, because we – society – were not in one.

The earth has lost 28 trillion tonnes of ice in the past 30 years. There could be more plastic in the sea than fish by 2050. Weather systems are becoming more extreme and, in Brazil, the government is allowing great swathes of the Amazon – the planet’s very lunges which absorb carbon – to be ripped out. Earth Overshoot Day – the date humanity has exhausted nature’s budget for the YEAR – was August 22. In other words, last week. The committee member had clearly missed this landmark. In fact, all those pointers, because none of it added up sufficiently to meet the term emergency, in his definition.

Surely that’s like saying ‘we’ll let the runaway train carry on, knowing that it will cause untold disaster 10 miles down the line. We’ll only worry about how we’ll stop it and call it an emergency when it gets there!’ Well, even in the film Unstoppable, starring Denzil Washington, they considered just such a scenario an emergency.

We need to address the problems as laid out in the Paris Agreement of 2016 now. Not when temperatures have risen to predicted levels. We need to recognise that our actions today impact the future, as much as society’s actions in the past are making more parts of the earth uninhabitable while we dither. It is as much about taking action as declaring the state of the affairs.

Another councillor suggested that declaring a climate emergency was nothing more than virtue signalling: 70% of the UK’s councils are merely, then, virtue signalling. I hope he has taken the “virtual signalling” (via social media) to the Green House Think Tank seminar on September 25. The title sounds educational enough: “How does the economy need to change to meet Zero Carbon goals?” For some, it sounds like it might be formative.

Reigate and Banstead officials have worked up a plan. Not yet tested by public opinion, because residents have not been consulted on it yet. A sustainability officer position was advertised recently.

The council’s plan is still embryonic, then. A work in progress. It can be tweaked, improved, enhanced, challenged, monitored.

Overall, the council’s corporate plan from 2020 to 2025 includes reducing the council’s own environmental impact. Its sustainability plan and strategy can be viewed on its website.

These are declarations that action can, will, or should be taken. Sustainability – climate change – has taken a long time to rise up the political agenda. It has done so via public opinion and priority. But it still doesn’t sit, as it must, at the heart of every political decision. In procurement, the supply chain, as the default. Hence calls for Green New Deals.

Some might argue that actions speak louder than words – the declaration of an emergency isn’t needed. It would be no good declaring something and then not having a plan (although some national politicians have made a career out of that).

Anyone choosing to read Reigate and Banstead’s documents can challenge their councillors – or the executive leaders/committee – about the details.

They might also be inclined to ask: What’s so hard about declaring a climate emergency?